The Bahía de las Águilas is a bay of the Caribbean Sea, located in the central part of the southern coast of the island of Hispaniola. Administratively, it is part of the province of Pedernales de la Dominican Republic. It is largely the Jaragua National Park and has an area of about 1,374 square kilometers about 37 Kilometers long.

Bahía de las Águilas is located in the southern part of the island, it was declared a World Biosphere Reserve by the United Nations Educational, Scientific and Cultural Organization (UNESCO) and the government received the certificate that accredits this area as of world ecological importance.

Bahía de las Águilas is part of the Jaragua National Park. According to surveys and opinions at the international level, it is in this place where there are the most beautiful beaches in the Dominican Republic.  The beaches are so beautiful with white sand and its waters so crystalline that they amaze its visitors. It is also classified as the most crystalline beach in the world. Bahía de las Águilas has some of the best coral reefs in the entire Caribbean.

It is also a breeding area for the West Indian manatee, another critically endangered species. Corals, giant starfish, Pseudoterogorgia Gorgonians (marine invertebrates that look like skeletons of shrubs) and seagrass beds abound in its waters. It is possible to see hawksbill turtles, since on these beaches there is the largest nesting in the Caribbean and the largest number of young hawksbills in the world, the green turtle is frequent in these waters. Equally important are the populations of rhinoceros iguana, crown pigeon, ash pigeon, lambies, manatees, dolphins, etc. In the Jaragua National Park, there are about 130 species of birds, of which 10 are endemic, 76 residents and 47 migratory.

In Bahía de Las Águilas it has not yet been approved to build tourist facilities, so we will find a totally virgin area, full of marine fauna and coastal flora.

The accommodation takes place in a truly paradisiacal place, Eco del Mar Lodge, at the foot of one of the most beautiful beaches in the area, where we will enjoy direct contact with nature.

Departure from the Bavaro hotel zone in Punta Cana between 5:00 a.m. and 5:30 a.m.
On the way to Bahía de las Águilas we visit the Dunes of Bani, Los Patos Beach, San Rafael Beach and the 7 spas of San Rafael.
Arriving at Eco del Mar about 3:00 pm to 4:00 pm approximately.

Eco del mar, is a Glam Camping, a new concept of accommodation where the client stays in fully equipped tents facing the sea, on a spectacular beach, all around the tents, bar, restaurant area, bathrooms, etc. It is built in wood, very much in keeping with the environment. It is an accommodation where the environment and biodiversity are respected.

All accommodations are in the sand dune area, facing the sea. 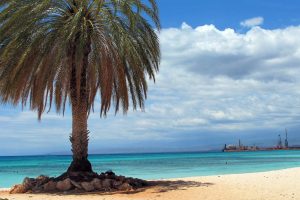 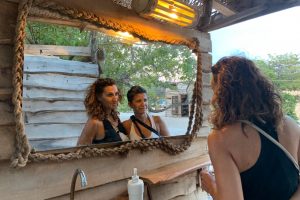 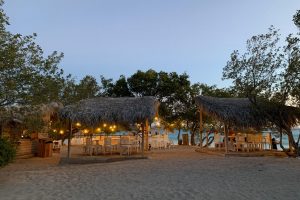 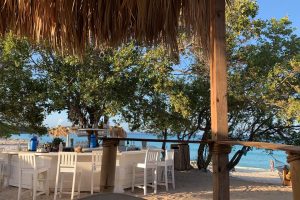 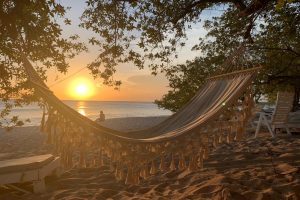 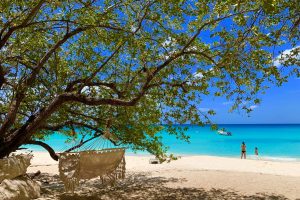 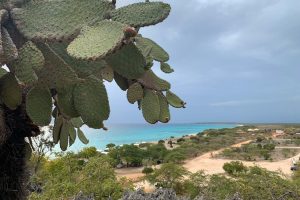 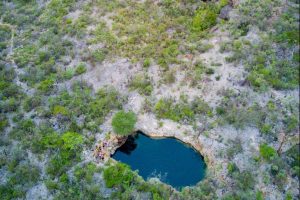 Located in Pedernales, Eco del Mar is on the beach. The area’s natural beauty can be seen at Las Aguilas Bay and Cabo Rojo Beach. Providing a bar, Eco Del Mar provides accommodations in Pedernales. The resort village offers a continental or à la carte breakfast.

Beachfront campground for sun and fun. Guests at this beach campground will appreciate convenient onsite amenities such as barbecue grills and a picnic area. All 23 accommodations offer room service, showers, and free toiletries.

Visit Bahía de las Águilas Beach (in this place we stay the whole day, lunch is a picnic and is included (lunch is prepared at Eco del Mar and we take it in refrigerators) here we sail to a little-visited area called UVA zone, due to a type of Beach grape that occurs in the area, is undoubtedly the most beautiful area of the entire beach, and which is more than 5 kilometers long. It is a beach in the shape of an average moon, a true paradise, totally virgin and uninhabited by humans.

During the visit to Bahia de las Águilas, you can snorkel. We will take you to see turtles and stingrays. We have some minimum equipment for snorkeling, but due to the transportation capacity we have for this is equipment, it is a limited amount that we can take from Punta Cana. We also recommend that customers bring their own equipment.

The return is around 6:00 pm to the accommodation (Eco del Mar), free time, dinner. 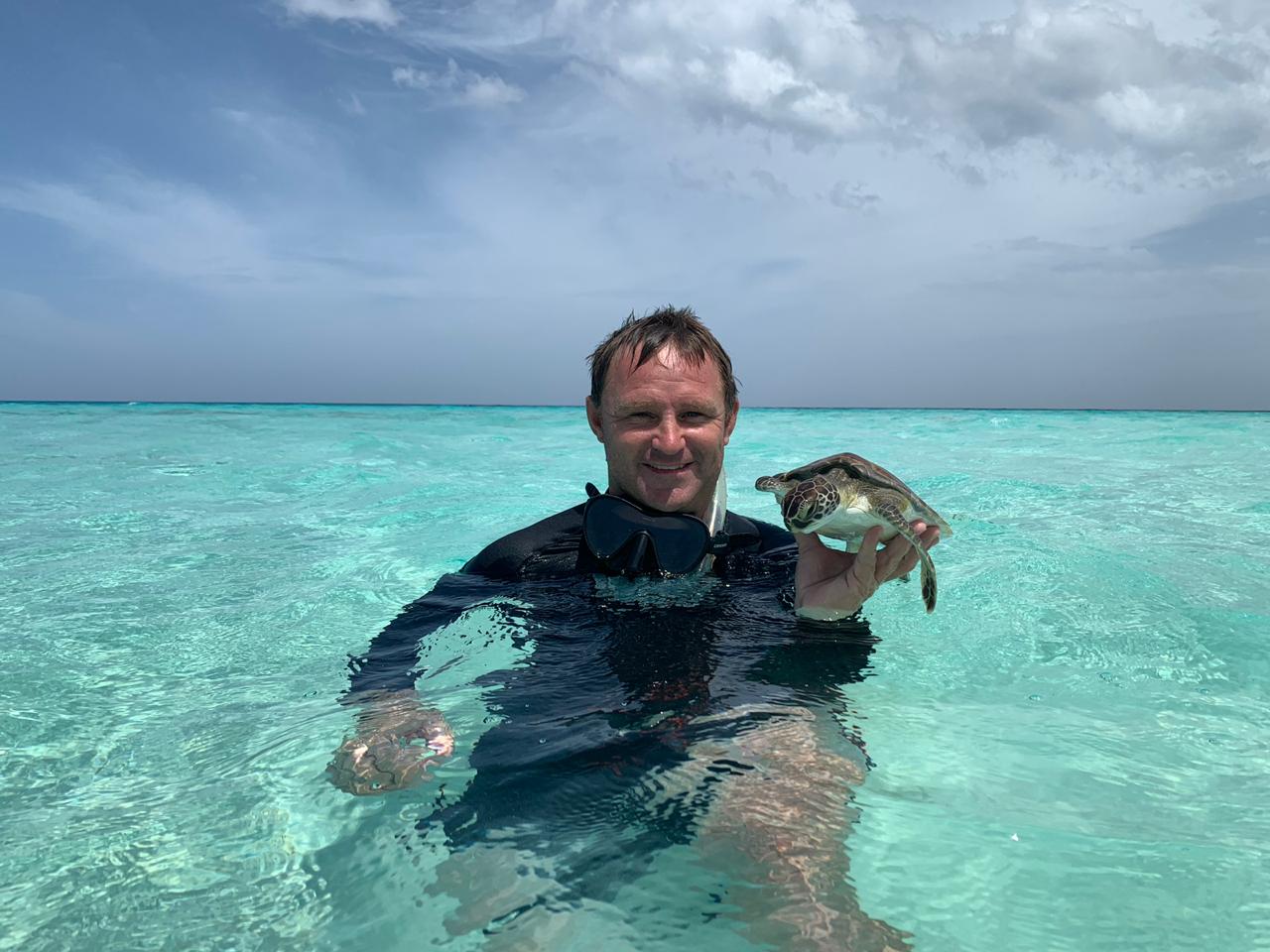 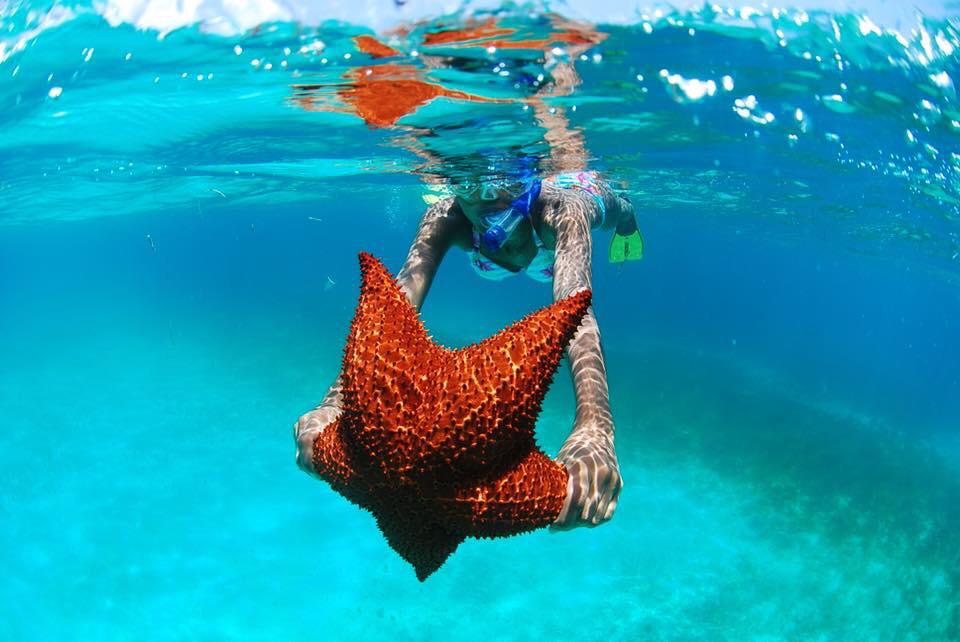 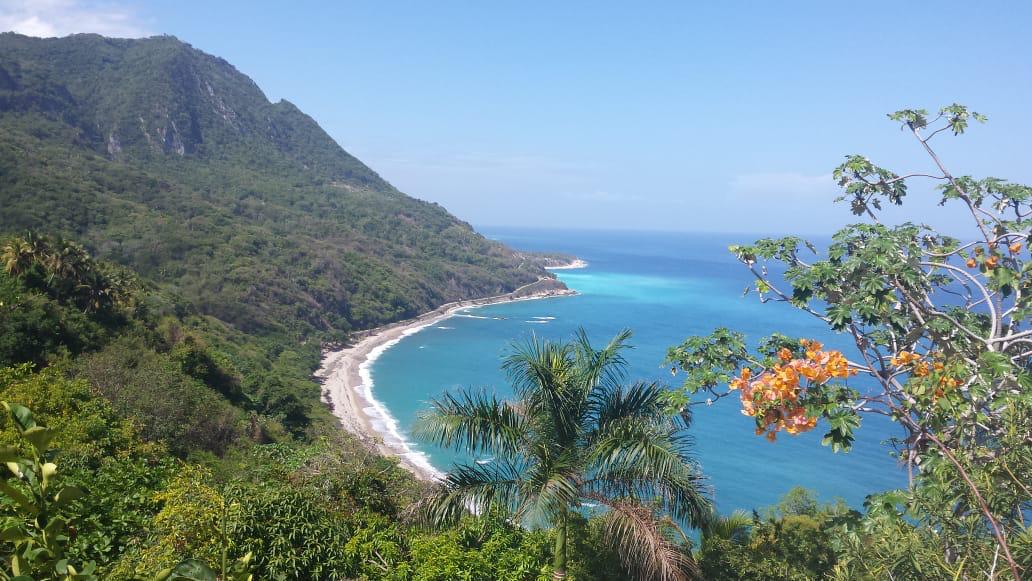 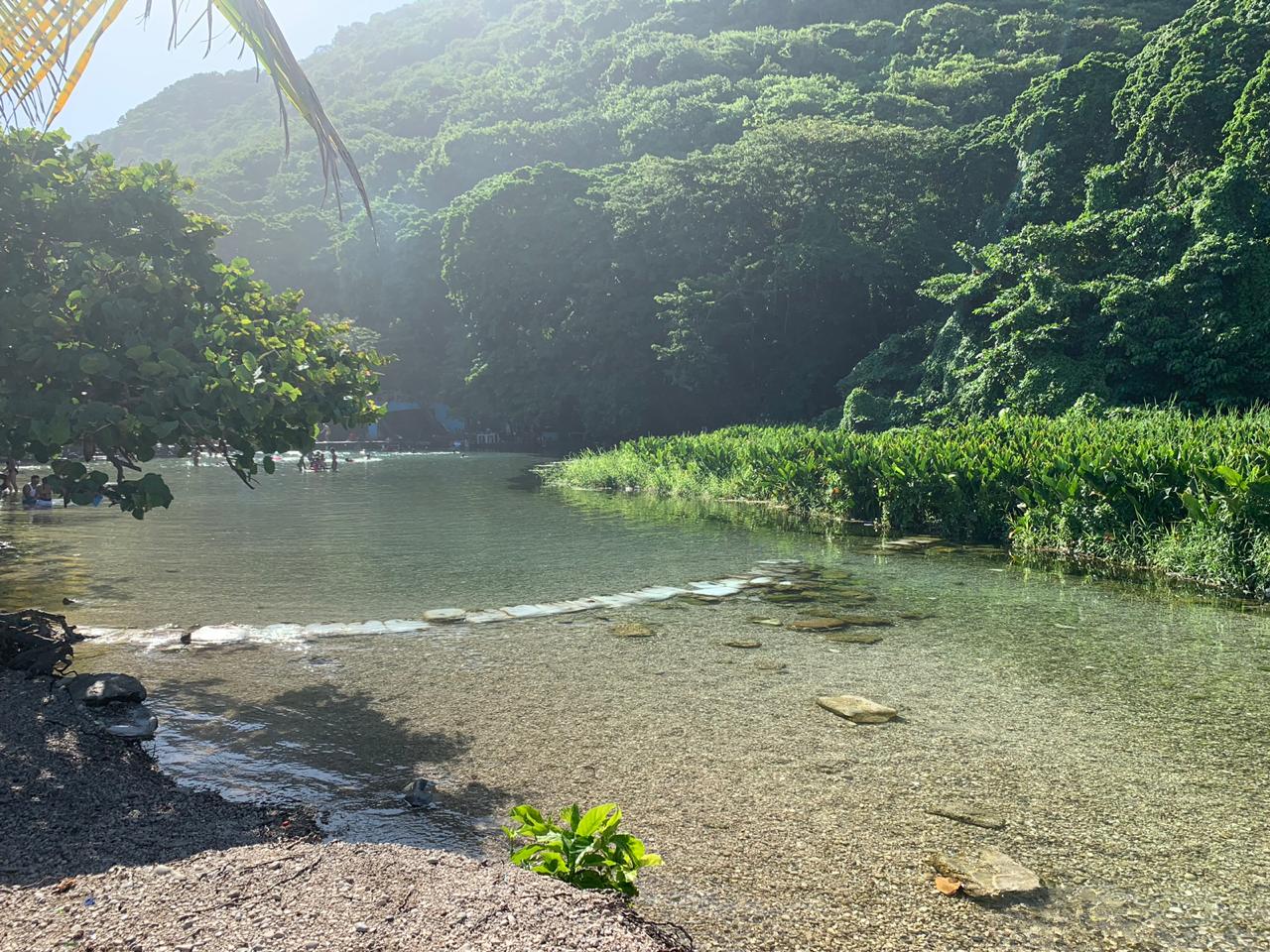 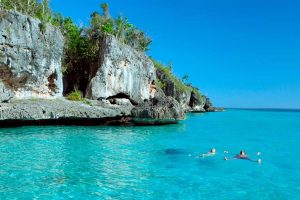 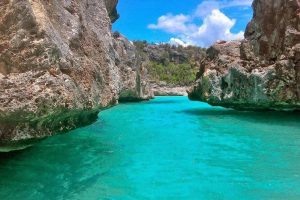 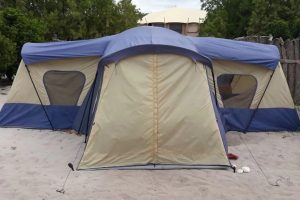 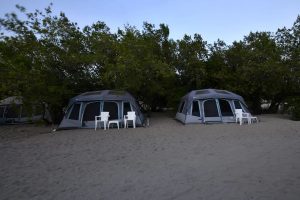 Located in Pedernales, Eco del Mar is on the beach. The area’s natural beauty can be seen at Las Aguilas Bay and Cabo Rojo Beach. Providing a bar, Eco Del Mar provides accommodations in Pedernales. The resort village offers a continental or à la carte breakfast.

Beachfront campground for sun and fun. Guests at this beach campground will appreciate convenient onsite amenities such as barbecue grills and a picnic area. All 23 accommodations offer room service, showers, and free toiletries.

Departure from the hotel in the direction of the Bavaro hotel zone in Punta Cana.

Visit Cabo Rojo Beach and visit Wind Farm, (if the client wishes, you can stop at any of the many beaches that are in our path to enjoy another refreshing sea bath. The return is done slowly to enjoy the landscape which in many places is truly spectacular and worthy of your enjoyment.

You can enjoy a boat ride to see Flamingos in Laguna Oviedo but it has an extra cost of $ 15 usd per person to pay on site. The duration of this excursion is approximately 2 hours.

Included: Breakfast and light drinks during transportation to Punta Cana. 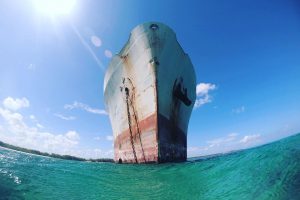 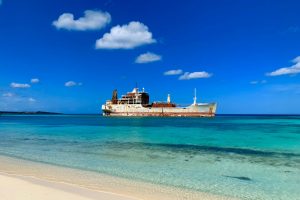 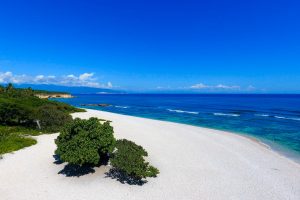 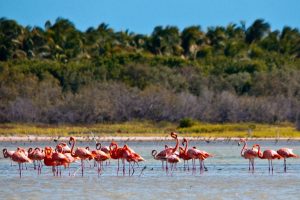 PRICE DOES NOT INCLUDED:

Thank you. Your review will appear after admin approves it.

Please fill all the fields.

Dominican Republic, Punta Cana 1-40 People
$75.00
Disco and a show is the definition of Coco Bongo par excellence, music and incredible sound effects that will make your night unforgettable. Lavish celebration...
View Details
Available through out the year:

Dominican Republic, Punta Cana 1-20 People
$75.00
After embarking at the beautiful port of La Romana, port that is located in the waters of Salado river, we will sail around 30 minutes...
View Details
Available through out the year:

Dominican Republic, Punta Cana 1-50 People
8% Off
$120.00 $130.00
Sabor Dominicano, an excursion that shows you some of the natural beauties of the Dominican Republic. We will live the experience of visiting what without...
View Details
Available in the following months:
Loading Comments...